A while back, like last month, I said I was going to Disneyland, and I did, but I will tell you, I was never more saddened to have gone that day in my life. Though it was the only day that could fit into our busy schedules, it was the worst possible day to go. It was the day after the Holiday Season had began, and it was a madhouse after inside. My brother and I only got to ride 5 rides in the whole day, and one of the attractions we went to was INNOVENTIONS, and no offense to those, but I don't like that place at all. Anyways, Pirates was spectacular as always, Haunted Mansion is always a favorite, my mother saw Pirates Lair for the first time and she enjoyed it, I took the train, an attraction I usually dismiss. It isn't I don't like the train, I just find it to be faster by foot, other than to wait for one of the two trains that travels the park. I went on it's a small world, for I had never seen it when they had it dressed for the holidays, though that line was attrocious (sp?) as always. Autopia, always the same, but enjoyable at the same time...and the Jungle Cruise always a nice ride to go on when lines are too long, for the Jungle Cruise is never long =). That was the end of my trip basically. I saw the snow fall on Main Street, and it was so annoying about the crowds that we left at about 6pm when usually we stay until at least 9. I have to say, not one of the finer trips, but it was fun to be out with the family none the less. I hope that my next trip (hopefully to CA Adventure) will be more interesting. Until then, there is my status report, and my lesson or message to convene to you...DONT GO ON A HOLIDAY WEEKEND!
Posted by Rhod Freeman at 4:08 AM No comments:

Pirates of the Caribbean: On Stranger Tides Part 2!

Okay, so i haven't been on again, -slaps wrists-. sorry, been a busy couple of months. i wanted to touch on the new Pirates trailer that was just released. I am actually quite relieved about it, and I thought that the movie was going to stink and I was going to hate it, but from what I have seen, it looks pretty true to the other movies in terms of story and in how the characters are portrayed. There are somethings I am a little skeptic of, such as the including of zombies, and also how Blackbeard is the most "feared of all pirates". Now, I find that statement to be untrue, for Davy Jones is my favorite character and he was supposed to be the most feared of all pirates. But we shall see. The movie, though based on a book, seems to possibly only be following that point, but I am interested in it, so I may buy the book "On Stranger Tides" before the movie's release on May 20, 2011. Lets see shall we?
Posted by Rhod Freeman at 4:05 AM No comments:

Pirates of the Caribbean: On Stranger Tides

I read an article on Yahoo! about two months ago about the upcoming movie arriving this summer...I am praying it does not suck. From what I hear...it might. They couldn't shoot in the Caribbean, most stuff was recycled locations, just dressed differently, their budget was cut in half and then some, it just seems like it might not be the Pirates we all fell in love with. So, as much as I love the Pirates franchise and would love to have more, I am worried the fourth installment will make us wish it didn't exist. If it does, I may grow to love it in time, but more than likely I may not like it. There are many movies that people hate and I love, but perhaps this will be the exception...I will definately be looking into the movie, and if it premieres at Dland, I may just show up...I was at the last one, so why not this one?
Posted by Rhod Freeman at 5:52 PM No comments: 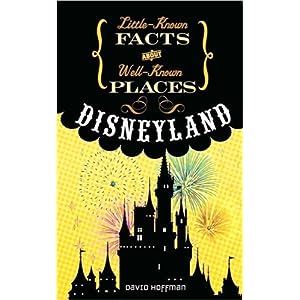 Well, for my birthday in August, my friend knew how much of a Disney freak I was and bought me this book. I read it cover to cover in about an hour, and it has some awesome info.

Some of the info some of us know from our scowering around the internet, and other info is pretty interesting. Like "duck duty" is when a Cast Member is in a costume, and have to change shifts every couple hours to avoid heat exhaustion. It is a great book and I think every Dland fan should get it!
Posted by Rhod Freeman at 5:15 PM 1 comment:

Okay, so I am trying to just spurt out stuff now haha. About a month and a half ago, i auditioned to be a character at Hong Kong Disney! Didn't make it, but hey, not everyone can dance okay? I can act (enough I was comfortable to audition), but apparantly dancing is more important. I'm not upset or anything...

ANYWAYS! It was a fun experience. I was there with 217 other people, and I now feel bad for the Cast Members who have to hear the same song over and over...I heard the same clip over 100 times and the clip was only 15 seconds...

Anyways, the audtion process is interesting. I checked in, got a number, and they teach the routine in about 20 min. Then, in groups of 4, you audition in front of at least 7 people. Then, at the end, they tell you who can stay and who can go. It was kind of like American Idol's audition (did that too) most people don't make it...STAY TUNED!
Posted by Rhod Freeman at 4:48 PM No comments:

Disneyland In ONE WEEK!

Okay, so after a long anticipated wait, I am going to Disneyland next Friday! I have missed it so much. I always try and go for Downtown Disney or something like that, but it hasn't happened in a while. So, I am excited to go back. BUT! I am even more excited cause I am using my volunteer for a day get a disney day ticket FINALLY! I have heard about what they do when you go in, but no one has a real answer...guess I will find out...stay tuned!
Posted by Rhod Freeman at 4:45 PM No comments:

Well, I have been the worst blogger...no post since March...well, I am hoping I can get back into this...haha.
Posted by Rhod Freeman at 4:44 PM No comments:

The Dark Alice In Wonderland 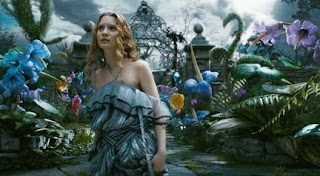 I think it is only fitting to start off with the recent in the collection of the Walt Disney films, and that is Tim Burton's interpretation of Alice In Wonderland. This Sunday I had the opportunity to see this movie, not only see it, but in the phenomenon that is 3-D.
Well, upon seeing this movie, I have mixed feelings. I will not reveal major plot points, but be warned that I may speak of things that may slip, so as they say, SPOILER ALERT!
Alice in Wonderland starts off with her being almost 20 years old and she has nightmares of Wonderland, of course in this movie they call the land Underland. The reason for Alice's return is they need her help in stopping the Red Queen. Now as for these characters, it was obviously driven to make the Mad Hatter a larger character. Which in this movie was only slightly confusing. His character was explained in a very Burton way, and in doing so, allowed us to see some deeper side to the Hatter's madness. Though I have to say, the line that you could count as being the most said was, "Why is a raven like a writing desk?"
Now, this movie, as I said gave me mixed reviews, for it was a movie that sort of could have been a way for the story to be a sequel, but it was more action than the wackiness that is the Wonderland in Lewis Carroll's novels. So, in my opinion, I would give the movie 4 stars, 8/10, a decent movie, but not one that is Alice In Wonderland, but of course this is my opinion, you all could have totally different ideas.
Those of you who have seen it, what did you think of this movie?
Posted by Rhod Freeman at 7:53 PM No comments:

Hello all, my pen name is Riley Salgado and will be using that name to sign off of with you guys. Now, as you can probably tell, this is a blog that will be about Disneyland. I have loved Disneyland since I was little. Being a person with severe motion sickness, Disneyland has been my place to go and be able to go to a theme park without wanting to get sick. Besides that, I have been a Disney fanatic for a long time, for the songs of the movies have moved me, as well as the movies themselves. I have recently aquired the taste of looking at the old movies and taking in the art that had gone into these movies. How much time and artistic design it had taken. I find it fascinating.

So, with this blog I hope to journey with you on the Disney movies, songs, theme parks (especially Disneyland) and relive the magic that they bring us even at home. I am hoping to bring this blog to life once a week if I can do it. I am a busy person as we all are, so I can only be human :). I may even update more than once depending on my inspiration. I just want this to be as interactive and interesting as possible, so without further ado. Let Disney reign!
Posted by Rhod Freeman at 7:34 PM No comments:

Rhod Freeman
I have been a Disney fan since I was a child. Loving the movies and the parks since I was little. I love to learn more about the history of the parks and all of that stuff. Disneyland is my home and I love it as much as I love my other hobbies.